The Hardenbergh Foundation was created in 1950, originally as the St. Croix Foundation, by Ianthe Bronson Hardenbergh and her daughter Gabrielle Hardenbergh, along with R.D. MacDonald, president of the First National Bank of Stillwater. The foundation initially was funded with $500 from Ianthe. She made considerable contributions throughout her lifetime to benefit her community. One notable example, in the 1960s, she personally and the through the foundation donated $75,000 toward building Lakeview Memorial Hospital in Stillwater, Minnesota. 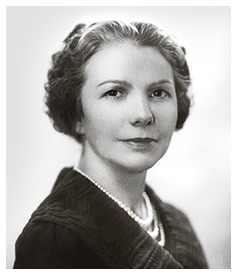 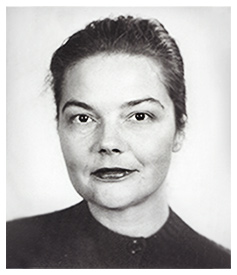 Ianthe died in 1983, leaving her estate to her daughter. Gabrielle followed her mother’s example and contributed 50% of her annual income to the foundation during her lifetime. Gabrielle never married and had no children. Upon her death in 2003, she donated the $41.3 million residue of her estate to the Hardenbergh Foundation. At this point the foundation changed from a family foundation to a private foundation.

The source of these ladies’ wealth was the estate of Ianthe’s grandfather, David Bronson, Jr., who arrived in Stillwater, Minnesota, in 1855 after transferring from Maine for a clerkship in the Hersey, Staples & Co. store. He soon became a partner. In 1868, he founded the Bronson & Folsom Company, which owned and operated a sawmill, grocery and general mercantile.

In 1888, he and his partners started the East Side Lumber Company, which operated a sawmill on the banks of the river. David Bronson acquired several steamboats to transport rafts of white pine logs down the St. Croix River and then further down the Mississippi River to Clinton, Iowa, and St. Louis, Missouri. The steamboats made it possible for the local lumbermills to move rafts more than double in length, from 600 feet to up to 1500 feet long, down the river. The steamboats Isaac Staples, Clyde, Junita, Ravenna, and the Ellen M increased the capacity and efficiency of the lumber operations based in Stillwater and contributed greatly to the Bronson family wealth.

During his lifetime, besides business owner, David Bronson also served as mayor, fire chief, and civic leader. He was married to Ianthe Davis Bronson. She died suddenly on July 16, 1905. They had two children, Roscoe Hersey Bronson and James D. Bronson. Roscoe died in 1913, survived by his daughter Ianthe who later married and became Ianthe Bronson Hardenbergh.

David Bronson died in 1919. A detailed biography is recounted in The Last Rafter by Robert Goodman and published in 2009 by the Washington County Historical Society. This book is available upon request from the Hardenbergh Foundation. The above images and many more historical photographs can be found within its contents.